A quick check-in, since it’s been a bit.

I had a dream last night that Kevin and I were driving through my hometown, looking at Christmas lights, when our car fell into a sinkhole.   You don’t have to be a Jungian dream analyst to figure out what that’s all about.

We’re still moving – slowly – toward placement.  The paperwork is filled out, the deposit sent.  Mom has a physical next week, and we’re hoping to have someone from the assisted living center come and do an assessment around that time as well.  We’re still looking at July.  I’m still praying for July.

Sunday morning I came upstairs and she’d managed to create about seven new divots in her coffee table.  Her OCD is off the charts, even with medication, and she is driven to “clean,” even though she has long since forgotten how to actually clean something.  So she rubs away at imaginary spots with her sleeve.  You would be amazed at how much damage this does.  The table was actually covered in SAWDUST.  So I put about three coats of Murphy’s on it, and covered it with a big lace runner.

Someone at work yesterday asked me if I did anything “relaxing” this weekend.  It’s gotten to the point where, while I don’t go into the details, I also don’t exactly LIE.  I looked at her and said, simply, “I don’t have ‘relaxing’ weekends.”  And I felt shitty about it afterwards.  Because I don’t want to be the Raging Psycho In The Office, I really don’t.  My boss has started insisting that I take days off.  Because I’m starting to be the Raging Psycho In The Office.

I’m off this Friday.  I think I’m going to see a matinee of Maleficent.  The idea of a dark, climate-controlled movie theater and Angelina Jolie in a pair of giant black rubber horns sounds very comforting.  I like Angelina.  I used to think she was like that girl you knew in college who’d darken your door in the dorm and tell you her darkest secrets whether you wanted to hear them or not, and then turn around and make out with the guy you told her you liked.

And I think she probably may actually be like that, but I don’t care.  Because she also lets her kids eat potato chips but at the same time doesn’t pretend she’s “just a working mother like everyone else.”  She’s the anti-Gwyneth Paltrow, and that makes me love her a tiny little bit.

(I was in Starbucks with my friend Christopher the other morning, explaining my Angelina Jolie Theory, and when I got to the part about “She feeds her kids potato chips,” Christopher, without missing a beat, replied “…and possibly blood.”)

And in case anyone is worried…I’m still sober.  I’m not drinking.  I’m coming up on 12 years this month and I’m not about to mess that up.  It certainly isn’t going to make anything LESS stressful or sad.

I will admit, though, that I have acquired something of a handbag habit. I’ve bought two handbags over the course of the last week-and-a-half, which is certainly excessive and unnecessary.  But I mean – LOOK AT THIS HOTNESS: 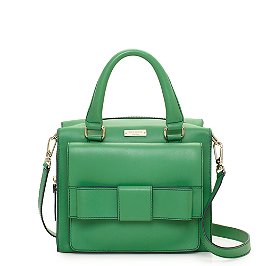 That’s a $450 bag that I got for $135.  DON’T YOU JUDGE ME.  I am stressed out, keeping my mother-in-law from totally destroying all of her furniture, and having dreams about sinkholes.  I NEEDED THIS BAG.

One thought on “Checking In…”